Education publishing which comprises a large part of the publishing industry is fast growing, and is amongst the few sectors that have survived an extended recessionary phase. The industry has grown by approximately 10-15 per cent on an average year-on-year for the last decade and requires a much needed impetus from the government to be able to sustain itself from yet uncontrolled issues such as unclear taxes around e-books, copyright infringement and piracy acts. 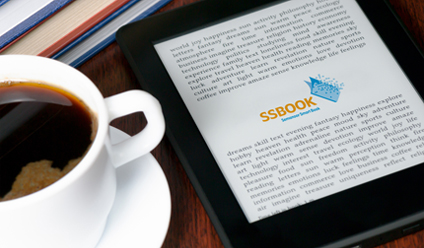 At the onset it must be appreciated that publishing now forms the backbone of any robust education system - after all it is content that drives delivery. Unfortunately, the present market situation puts delivery at the forefront with limited value for content which is freely plagiarized. The budget for 2014 should look at stern measures to encourage and unearth fresh content made by younger generations as well as old-timers so that interests of authors and publishers can be revitalized, and there's enough incentive for them to develop authentic and high-quality content.

All around the world Governments have supported digitization of education which has led to better learning outcomes. We are hopeful that this year's budget shall have a budgetary allocation for digitization of internal content at schools and universities, especially in Government aided schools. Private publishers can provide interactive digital content to such Government aided schools if this allocation is made, and vise versa.

Private education publishers put in a lot of effort to produce high-quality textbooks with illustrations and exercises, which in most case are not optimally utilized by teachers due to lack of proper training and even interest to develop that content by the teachers themselves. Educational facilities should now direct their investments towards teacher training as it directly impacts learning outcomes of students.

In Middle East and the region, and in spite of the generous fund and the rapid expansion of education facilities, education did not meet all expectations yet according to official government reports. There are undeniable facts in the location of educational facilities, their delivery Methodism, equipment, maintenance and design all are reported often costly and ill-adapted to educational purpose and visions for the decision makers and community developers. There are several attempts at reform which have been made but with marginal success. Attempts to implement educational technology in the present condition within the educational network have been discussed in most of the leading Arab countries, like Saudi Arabia, UAE, and Qatar. Where the present conditions reflect certain opportunities of improvement in qualitative programs, particularly in the implementation of major development projects such as; Educational Technology Systems, Educational Television, and multi-purpose class rooms. And this is where our focal point comes in.